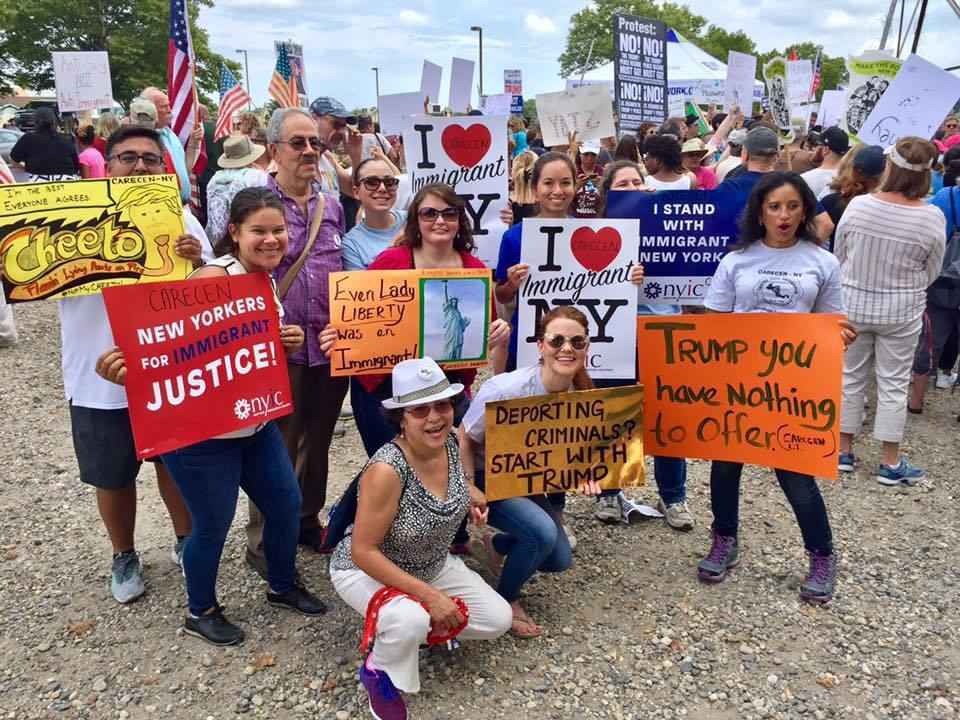 Stop the Trump Administration Dead in its Tracks

Trump violated the Constitution. We sued.

This week, CARECEN, along with several other organizations and individual plaintiffs, with pro bono counsel The National Immigration Law Center (NILC), The Center for Constitutional Rights (CCR), and Paul, Weiss, Rifkind, Wharton & Garrison, LLP, filed suit in the United States District Court for the Southern District of New York to stop the implementation of Trump’s health care ban and other unconstitutional measures aimed at limiting legal immigration to the United States.

This ban is the latest attack by Trump against our already vulnerable immigrant communities. If implemented, the ban stands to slash legal immigration to the United States by more than 60%. It would inflict irreparable harm on thousands of immigrants across Long Island by continuing to separate immigrant families.

The ban is unconstitutional. So, CARECEN took this fight to the court.

Join this fight for immigrant rights and show that you stand against Trump’s hateful policies.